This is a beginner’s overview of how wine is made. In theory, wine is made by growing grapes, picking and crushing them, allowing their juices to ferment, and putting the resulting liquid into bottles.

However, for wineries, it’s a bit more complex than this.

Vintners have important decisions to make during every step in the wine making process. These decisions can either favorably or unfavorably affect their final product.

The basic wine making steps are:

The location chosen to plant wine grapes is perhaps the most important decision a wine maker has. Climate, weather, topography, and soil composition must be perfect for the vines to produce, and for the grapes to ripen properly.

Deciding When To Harvest

The next most important factor in wine making is choosing the right time to harvest (pick) the grapes.

The grapes must be harvested in peak condition for their particular variety. Several factors will be considered including sugar levels, color and taste.

It’s also important for grapes to be picked carefully so they’re not bruised or split. Both hand picking and machine harvesting procedures are both used today. Hand picking is the method preferred by many fine wine producers and employed almost exclusively in France.

Next, the grapes will be separated from their stems and leaves, usually by a special machine. If left in contact with the grapes too long after harvest, stems give off a bitter unwanted taste.

It is at this point that red grapes will be treated differently than white grapes.

White wine grapes are crushed and their juice is separated from their skins.

Most red wines skins will remain with their juice to impart their color, tannins, and flavor to the wine.

This is the essential difference between red wines and white wines. Red wines owe their color and complex textures and flavors to the time their juice remains in contact with their skins.

Fermentation is the process that converts a grape’s naturally occurring sugar to alcohol. All wine grapes have some wild yeast present already, but these yeast strains are very unpredictable. Most wine makers today add specialized cultured yeasts to produce more predictable results. Sugars may also be added. Fermentation can take place in several types of vessels, depending upon the type of wine being made.

Most often, stainless steel vats are used for white wines and oak barrels, American or French, are used for red wines. The type of fermentation vat or barrel chosen will also give the wine some of its flavor.

The proper length of time and correct temperature are very important in fermentation.

At some time during the fermentation process or after fermentation, red wine skins are separated from their juice.

Once the appropriate alcohol content has been reached and fermentation is complete, the yeast and any other particles left behind must be separated from the finished product.

This is done by racking (pumping just the liquid out of the fermenting vat or container, fining (further clarifying the liquid), and filtering if necessary.

The final step in the wine making process is putting the finished liquid into its bottle and labeling it. Some wines will be ready to drink right away. Some (particularly reds) will be aged for a time before they are released to the public.

All types of wine fall into one of these categories:

Within each of these categories will be several specific grape types. An individual grape type is called a varietal.

A wine’s character and flavor will be determined by the specific grape varietal grown and how those grapes are treated throughout the wine making process.

The color of a rosé will be determined by the grapes used to make it. All kinds of red wine grapes are used to make rosé.

Rosé is made one of three ways:

This method is discouraged in most wine growing regions and has even fallen out of vogue in Champagne, where it was once respected.

Worldwide, dry rosé wine is preferable to sweet. Many consider dry Spanish and French rose wine to be some of the best in the world.

Over the years, rose wines produced in the United States have had a reputation as being too sweet.

However, this too is changing as United States producers begin to take another look at the true potential rosé has to be great.

The characteristic all sparkling wines have in common is the presence of bubbles, or that fizzy appearance and taste we associate with sparkling wine. The bubbles come from carbon dioxide that forms in the bottle during fermentation. There is more than one fermentation process that will create a sparkling wine. Throughout the world, different wine makers will use their preferred production method and/or those required by the laws of their individual region.

Italy’s sparkling wine is called Asti. Many of us remember Asti Spumante, as it was once called. Asti in the Italian wine region of Piedmont and is made with the Moscato grape.

The Spanish wine region of Catalonia produces their well respected Cava sparkling wine. At one time it was referred to as Spanish Champagne, but that is no longer legal. Cava is made with several different grapes including the traditional Chardonnay and Pinot Noir grapes, only legally allowed in the past 30 years.

In addition to Domaine Chandon, several French champagne producers have set up shop in the US, including Domaine Chandon and Tattinger in Napa Valley, and Roederer in Mendocino.

One of the least familiar types of sparkling wine produced in Germany and Austria is called Sekt. Sekt is made with Riesling, Pinot Blanc, and Pinot Gris grapes in Germany and Welschriesling and Gruner Vetliner grapes in Austria.

Dessert wine is meant to be enjoyed follow the main course of a meal. Dessert wines are too sweet to drink with a main course, although some people enjoy them before a meal as an aperitif. Like other wine, a dessert wine is defined by the type of grape it’s made from, where it’s grown, and how it’s produced. The best dessert wine will have all the characteristics that wine lovers look for – inviting aromas, complex flavors, velvety textures and flavorful, memorable finishes.

The earliest dessert wines were often sweet because they had not completely fermented. The sweetness of today’s dessert wines is often a result of their naturally occurring sugars (glucose and fructose), which increase the longer a grape ripens on the vine. The residual sugars in dessert wine can also be the result of a freeze late in the harvest (as is the case with ice wine), or a mold infection (“noble rot”). Another method used in the creation of dessert wine is the addition of brandy which stops fermentation.

The most well known dessert wine from Canada and Germany is their ice wine.

France produces many fine dessert wines, their most famous is Sauternes.

A fortified wine is a wine that is “fortified” with additional alcohol that’s been added to the base wine during fermentation, bringing the average alcohol content up around 17-20%. Fortified wines can be made in either dry or sweet styles (with the middle-ground of medium-sweet or medium-dry covered in virtually all types of fortified wine categories).

Those most well-known are:

Madeira wine comes from the Portuguese governed island of the same name off the northwest coast of Africa. Most Madeira wine is used for cooking, but the better ones are beverages. Madeira is light brown in color and can be sweet or dry. The best Madera wines are aged for decades and are one of these: Sercial – dry and acidic, Verdelho – medium dry, Bual – rich and raisiny, or Malmsey – the sweetest.

Marsala wine is named for the town of Marsala, on the western tip of Sicily. It can be either dry or sweet, and is better used for cooking than drinking.

Port comes from the city of Oporto, in the Duoro Valley of Portugal. Port is always red wine and it’s sold in several different styles. Vintage Port – from a single year and best aged for at least a decade, Tawny Port – a blend of ports from several years and aged for as many as 30 years in the cask, and Ruby Port – a crimson colored blend of lesser, younger ports.

Named for the port city in Spain from where it is shipped, Sherry is from the Palomino grape grown in Southern Spain. The blending and production processes used to make Sherry are quite unique. 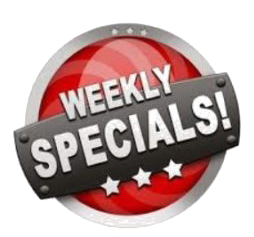